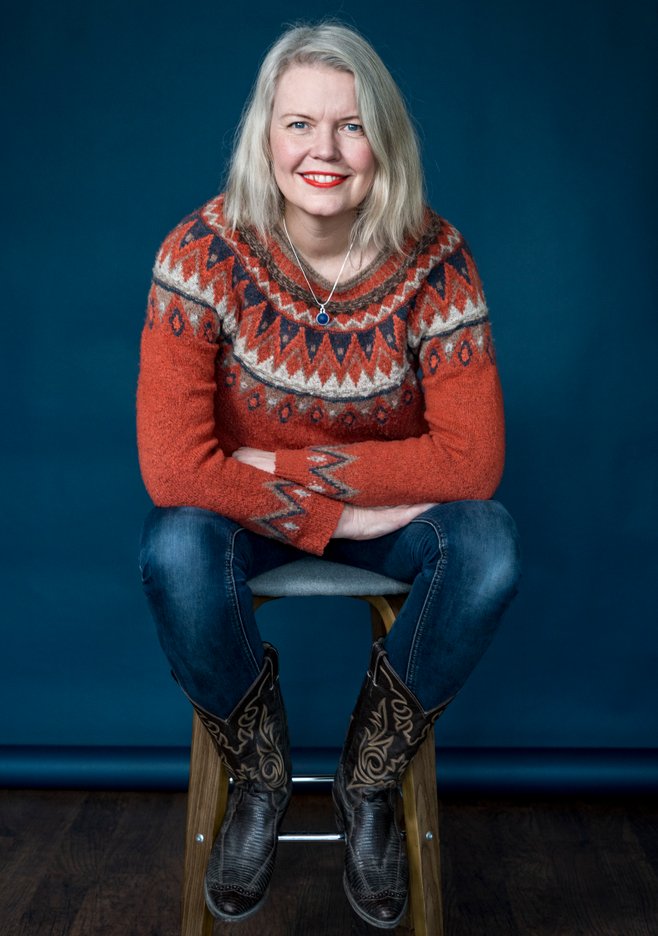 Lisa took seed in a forest in south-western Småland, Sweden, a corner of the world that she was more than happy to share with Astrid Lindgren, flatpack furniture and glassblower huts. She composed her first stories at the age of four, which she wrote in a black notebook, starting at the bottom of the page and writing up. Lisa also spent many hours reclining on a bean bag in the local library, where she first encountered The Lord of the Rings, Gulliver’s Travels, Robinson Crusoe, A Princess of Mars, The Dark is Rising, everything written by Maria Gripe and hundreds of other treasures.

During childhood summers, when she wasn’t swimming in the quiet lakes, Lisa would wander the forest – sometimes with her dog, Pia, but most often alone. This is where she grew to love nature: the moss-covered rocks (she knew they were really hunkering trolls turned to stone by the sun), the floating mists over the meadows (fickle females in white dresses, dancing to enchant you off the path), the gnarled and hollow trees (crooked witches, ready to grasp your shoulder as soon as you turn your back).

At ten Lisa wrote a poem about her cat, Misen, which was published by the local paper, and at 15 she won third prize in a short story competition. Her reading list grew, as did her diary, in which she did her best to enlarge the details of her life. But all that reading had shown her that the world was so much larger than her dark fairytale forest, and she longed for fewer trees and more people.

At 19 she set sail for England and washed up on the south coast. She studied Russian and Linguistics at Sussex University, then proceeded to an MA in Translation Studies at Surrey University. Between translating and raising three children with her bagpipe-playing husband, she snatched moments to write, before turbocharging her writing in the Creative Writing Programme at New Writing South.

Since then she has published stories and poems in anthologies and literary magazines, such as The Dawntreader, The Dark Mountain Project and The Forgotten and Fantastical 4.  Once in a while she still flees back to the forest of her childhood where she strokes the moss on the sleeping trolls and lets the mists tempt her from the path.